To my friend Sinead

Then I remember the way you were nice as I told you I sucked in snooker. We were a team and you tried to save us from being humiliated by our opponents. Your smile had something about it. Something mysterious and at the same time, transparent.

“Ballerina, you must have seen her dancing in the sand
And now she's in me, always with me, tiny dancer in my hand”

I guess a picture speaks more than a thousand words. 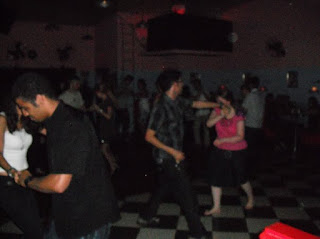 And there you are, telling me about Lybia and Dublin, and the States, and all around the world where you had been. And it was then you told me you liked talking to me in English, because it reminded you of home.

"Piano man he makes his stand
In the auditorium"

You life was like an opera, then a rock concert, fire flying, fireworks, you were moving faster than a ray of light, you were alive like I had seen only few people being. You were authentic and you were free.

You sing the world in your eyes, in your jests and in your way to look at the world as a warrior princess, as a girl who has seen so much and still gets amazed by what people can do or say. An eternal child yet as wise as a sphinx. Will you let me guess, or will you devour me?

And sometimes, you who cast a fighter shadow, you are all alone, again trying to figure out why he was not the one. Blaming yourself for having misread the signs. Watching the traps and laughing at their faces, but a bit afraid, one can see by the way you walk.

We had so much fun together, walking and exploring and talking till our eyes could not remain open and our tongues had been softened by sleep. We connected in a way we had met only two months ago and it seemed like we had always been friends. You rocked my world then and the distance now makes little difference in the brightness of the remembrance of days past, and of our good times.

I have no idea what the future holds for both of us. We have a big big wild world ahead of us, and we want to fly, we want to break the boundaries, and some rules, but never the bonds that links us in this web of dreams, hopes and fears. You are far, yet you are close, you left but you remain in my heart, a hidden precious treasure that I am sure will come up when I least expect.